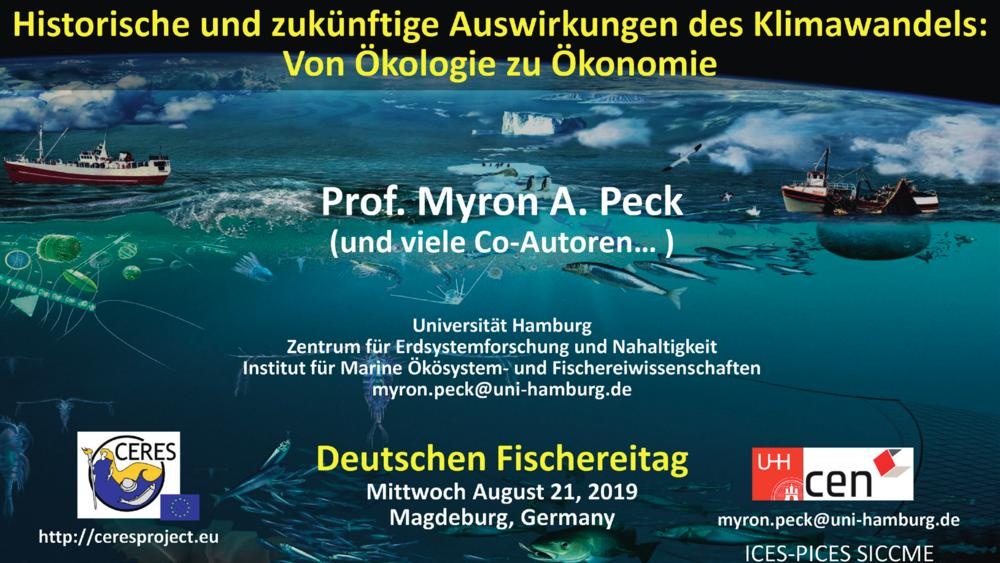 Changing water temperature is an important factor, perhaps even more so than has been assumed so far, says CERES scientific coordinator Myron Peck.

Prof Peck was speaking at the Deutshcen Fischereitag (German Fishery Day) in Magdeburg, Germany on 21 August 2019. In a talk at the event, he discussed just how influential water temperature is on the distribution of plaice and tuna.

A summary of the talk can be found at Visserijniews (NL)