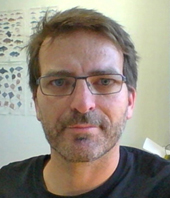 This work package will deliver an unparalleled, cause-and-effect understanding of how climate change will alter key aspects of species targeted by fisheries using models that integrate both statistical analysis of long-term data and models integrating direct (abiotic / physiological) and indirect (trophodynamic / ecosystem) effects. It will also provide projections of expected changes in fish stocks (as well as their uncertainties) based on future scenarios established in WP1. 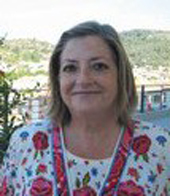 CERES will collate existing information from laboratory studies and field observations on environmental preference, growth rates and spatial distribution of economically important fishery species. Previously compiled, extensive data sets on the physiological limits of species to multiple stressors (EU COST FA1004) and spatiotemporal field abundance (e.g. CEFAS archives, ICES) will be expanded using desktop reviews during the first six months of CERES. Collation of new literature data will be output-driven so only information needed for projections in T2.3 or as direct input to WP5 will be compiled. For the Sector Integration (SI) groups SI-1 and SI-3, CERES will prioritize the collection of direct effects on how CC-related stressors (pH, O2, T, salinity) and their interaction affect productivity and spatial distribution. Focus will be placed on species considered across all aspects of the project (see SGs described elsewhere). All SGs will be explored in both Northern and southern European Seas except for flatfish. Data on the movement of fish stocks as well as of plankton in high latitude areas (between arctic and subarctic) will also be compiled.
Indirect effects of CC on essential habitats (e.g. nursery areas) will also be compiled for SI-1 and SI-3, and the effect of various impacts of jellyfish blooms on fish species, including the implications for food-webs will be reviewed. Targeted experiments will be conducted to plug important knowledge gaps on the biology and impacts of CC on bluefin tuna early life stages (SG 8) and jellyfish/larval fish interactions. This will improve mechanistic understanding of how multiple factors (direct and direct) interact to influence vulnerable life stages. Data generated from review boards and new experiments will be used to ‘scale up’ impacts of key factors to populations and communities. Most of the data produced on high-knowledge groups (key SGs) will be used by T.2.2 and T.2.3 while the remaining (collated) data on other groups will be directly used in WP5 for analysing the vulnerability of some species for which the degree of knowledge is scarce. 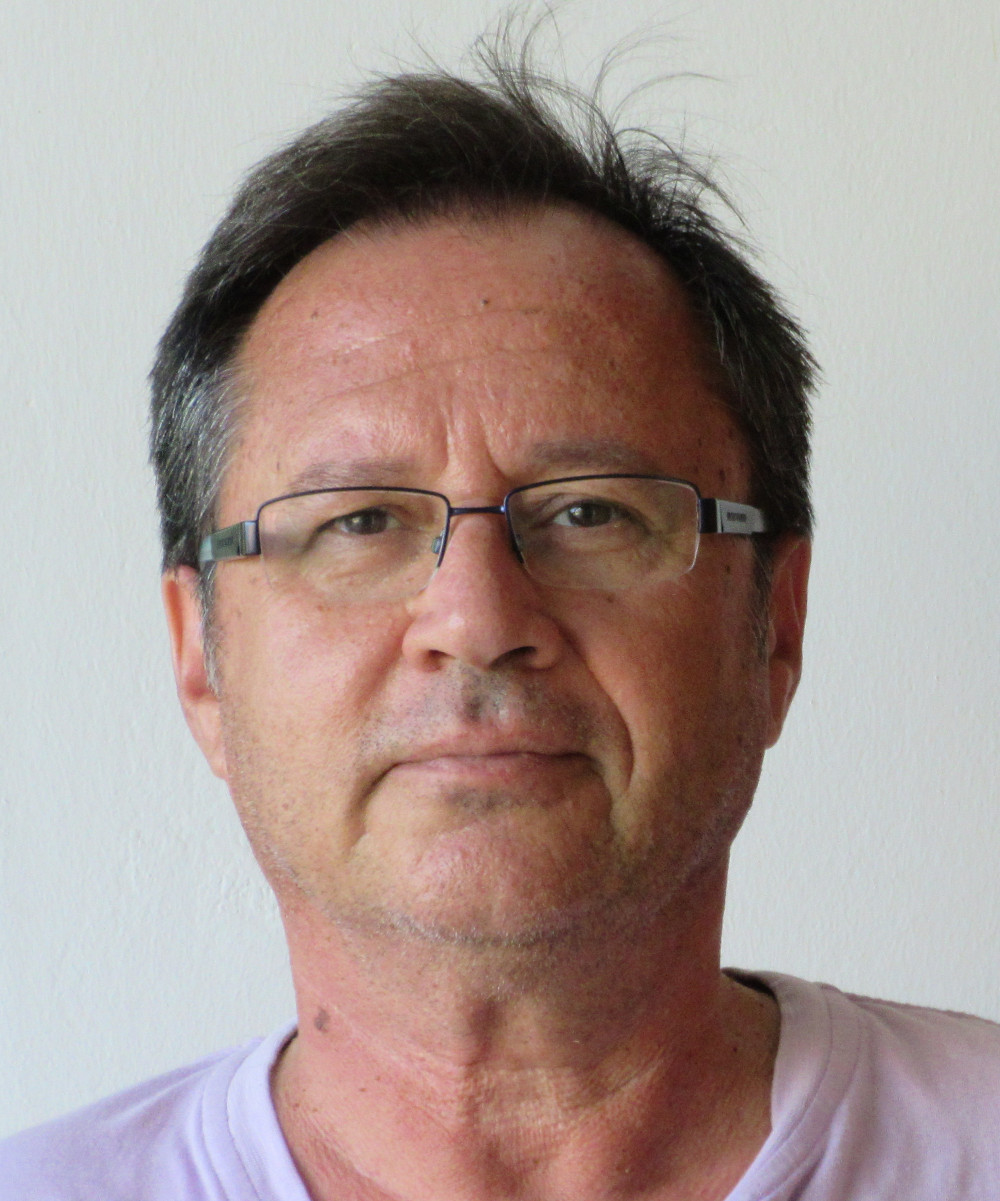 Extensive spatiotemporal historical data series on both forcing scenarios and species responses will be collected and analyzed for species groups in SI-1 and SI-3 in Northern and Southern European regions to determine the impacts of climate change and variability on historical production, distribution, fecundity, growth, maturity, recruitment, and natural mortality. A hierarchical approach for the statistical analyses will be followed based on the amount of knowledge on the species /stock/group/stage and the area where the analyses will be performed, including the level of detail of the forcing functions.
Hindcast model outputs and observed data on environmental drivers affecting particular life-stages/traits will be produced for the last decades (in connection with WP1), gathering data from multiple sources including T.2.1. Historical series will cover fisheries in marine (SI-1) and inland (SI-3) waters and will include extensive estuarine-based data for Northern Seas. The responses of individual and populations of commercial species to changes in physical variables such as sea surface temperature, salinity, productivity, oxygen and pH will be investigated. Particular attention will be paid to disentangling the confounding impacts of fishing pressure and CC (in SI-1 and SI-3), identifying frequency-dependent variability, and separating climate signals from short-term ‘noise’ and natural variability. A suite of both univariate and multivariate state-of the art statistical methods will be employed such as: PCA, Distance Correlation Analysis, Generalized Linear/Additive/Mixed Models, Geostatistics, EOF, Autoregressive Time series analysis (ARIMA), Trend analysis, Single spectrum analysis, Artificial Neural Networks (ANNs) and Bayesian Belief Networks (BBN). An innovative meta-analytical approach will use Bayesian hierarchical models to use “data-rich” stocks to infer responses on “data-poor” stocks: historical response variables (recruitment, growth, distribution) collected by CERES partners for a large number of species/populations will be used to infer species/stock sensitivity to CC-related forcing variables.

Task 2.3 – Projection modelling of changes in distribution and productivity of commercial fish 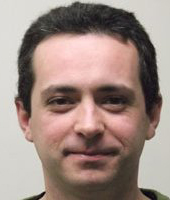 The future distribution and productivity of key commercial fish stocks will be projected using state of-the-art modelling tools under climate change scenarios. A hierarchical approach based on the degree of knowledge for each group being projected will enable to generate different types of data required for the suite of models to be used in different regions. While some of these projections will be carried through to WP4 (economics), projections for species for which there is no bio-economic modeling framework will be taken directly to WP5 for vulnerability assessments.
For knowledge-rich groups, multispecies species distribution models and regional multi-species models will be used in marine waters of both Northern and Southern Europe, making direct use of biogeochemical/lower trophic level ecosystem model outputs from WP1, historical species distributions and habitat preferences, plus ecological and physiological knowledge (from T.2.1.). Advancing beyond the state-of-the-art, NE Atlantic models (SS-DBEM) will be updated based on the latest experimental work available (SI-1). Models of shellfish species will be created based on our previous experience. More specifically designed, state-the-art models will be used in areas (e.g. Baltic Sea, Mediterranean Sea, Bay of Biscay) were generic modeling approaches are less effective. Existing individual-based physiological life cycle models such as DEBs forced with outputs from T1.1 will be used to project changes in habitat suitability and biomass using geostatistical results (e.g. small pelagics in the Bay of Biscay, flatfish in the North Sea).
For complex, mechanistic models are not available, biological projections (distribution, biomass) will be based on statistical approaches from T2.2, coupled to WP1 scenarios in a spatially explicit form (e.g. GAMs, larval index-based). For freshwater fisheries, CC effects on riverine/estuarine species will be projected. The selection of models do not only characterize trade-offs between species, but also aid in determining where mixed-fishery, technical interactions may arise. Ecosystem (end-to-end) and functional groups models such as ATLANTIS, GADGET and AQUATOX can incorporate single-species projections stemming from other models (e.g. statistical or SS-DBEM) in a hierarchical approach. In knowledge-rich models, the level of uncertainty in the projections will be assessed by comparing projected distribution and abundance with survey data collected at a comparable scale over recent decades. The same data will be used to assess the feasibility of using ensemble runs to reduce uncertainty. In addition, the potential predictability of small pelagic species shifts on inter-annual, decadal and centennial scales will be examined with a view to developing early-warning systems based in multi-model ensembles. To the best of our knowledge, such validations and uncertainty estimations have never been performed before to several species simultaneously. Temporal and spatial changes in biomass and potential catches will be projected to 2100. Data at the appropriate geographical scale will be transferred to WP4 for bio-economic analysis.