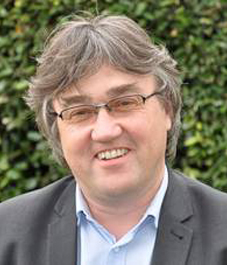 This work package will provide highly spatially and temporally resolved projections of climate-driven changes in key environmental parameters in European marine and inland waters, using the most recent IPCC scenario pathways and regional climate models. It will develop a suite of exploratory socio-economic scenarios with relevant stakeholders, including consideration of key economic and governance drivers for input to CERES work packages. 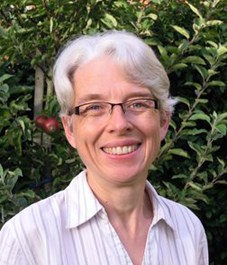 This task will create spatially and temporally detailed projections of future environmental conditions, providing a foundation for CERES activities, giving the context of environmental change into which work on fisheries and aquaculture can be placed. Scenarios developed  in task 1.2 will be consistent with physical projections obtained here. Highly resolved projections will be provided for the North-East Atlantic region (including the North Sea), the Mediterranean, Baltic and Barents/Norwegian Seas. For the NEA and Mediterranean region CERES will use the well-established POLCOMS-ERSEM coupled model framework, producing monthly and annual outputs of physical, chemical and biological variables at 10 km scales. POLCOMS (Proudman Oceanographic Laboratory Coastal Ocean Modelling System) is a 3-D community physical model with the ability to run in regions that include both the deep ocean and the continental shelf. ERSEM (European Regional Sea Ecosystem Model) is one of the most complex lower trophic-level marine ecosystem models currently in use, including bacteria, four phytoplankton and three zooplankton functional groups, a fully resolved diurnal cycle, variable carbon to chlorophyll ratios, independent nutrient pools forcarbon, nitrogen, phosphorous and silicate. For the Baltic Sea CERES will use the RCO-SCOBI (Rossby Center Ocean model-Swedish Coastal and Ocean Biogeochemical) framework, used to study the influence of climate changes and human activities on biological and chemical processes and the cycling of nutrients in the Baltic. This model provides information on sea conditions, nutrients and oxygen concentrations, water quality and sedimentation of organic matter, as well as plankton production and biomass. A coupled physical, chemical, and biological ocean model, the NORWegian ECOlogical Model system (NORWECOM) will be used for the Barents/Norwegian Seas. NORWECOM is an ice-ocean system model, which can be applied to study primary production, nutrient budgets, and the dispersion of particles such as fish larvae and pollution.
The three model frameworks will be forced with Regional Climate Models (RCMs), either through EuroCORDEX, an internationally coordinated framework to produce improved regional climate change projections (http://www.euro- cordex.net/) or more geographically appropriate RCMs, like the RCA4-NEMO for the Baltic Sea. The Baltic sea climate scenarios will also include socio-economic scenarios of nutrient loads (nutrient reductions according to BSAP, reference scenario [present-day input of nutrients] and business-as-usual [increase of nutrient input]). For all models projections up to 2070 (NORWECOM) and 2100 (POLCOMS-ERSEM, RCO-SCOBI) will be provided, forced by two 5AR IPCC Radiative Concentration Pathways, RCP4.5 and RCP8.5, representing lower and higher greenhouse gas emissions scenarios. Using these two scenarios will give an indication of the envelope of climate response that is likely to occur in the system.
Model outputs will include, among others, temperature, pH (not in Baltic), salinity, ice conditions, water velocities, mixed layer depth, dissolved oxygen, nitrate and phosphate concentration, fractionated plankton biomass and net primary and community production. Models will run at spatial resolutions of 10 km (3.7km in the Baltic), with monthly and annual frequency outputs. These outputs will be available to WP2 and WP3 for their predictive work on marine fisheries and aquaculture, at specific spatial (e.g. ICES, GFCM areas) and temporal scales. Within WP1.1 the outputs will be analysed to seek potential changes in biogeography in the short, medium and long-term, using techniques such as the self-organising maps.
In addition, task 1.1 will provide links to hindcast datasets of ocean conditions in the regions of interest to progress activities in WP2 and WP3. Suitable datasets will be drawn from the Copernicus Marine Environment Monitoring Service (http://marine.copernicus.eu/). For the Mediterranean they will include physics reanalysis results for 1987-2013 and biogeochemistry reanalysis for 1999-2012, resolution approximately 7 km. For the North East Atlantic, to 65°N, physics and biogeochemistry reanalysis data is available for 1985-2012, with non-assimilative hindcast results available for 1967-2004 if required, all at 7 km resolution. Data is also available for the Norwegian and Barents Seas which extends slightly further north (reanalysis 1993-2012, hindcast 1985-2008, 8 km resolution). Baltic data will include physics reanalysis for 1989-2013 (several products available, 6-11 km resolution) and biochemical data for 1970-1999, 11 km resolution. In all cases data will be provided at monthly frequency. Task 1.1 will also provide a summary of projected changes in storminess and sea level in the seas of interest, drawn from IPCC reports.
As CERES is concerned not only with marine but also with freshwater resources, task 1.1 will collate and synthesize river inputs of fresh water based on outputs from E-HYPE, a pan-European hydrological model including projected river flows for all regions accounting for anthropogenic (e.g. irrigation, hydropower) impacts. Projections will be made up to 2100, for use in WP2/WP3. E-HYPE results will be used to identify potential impacts for inland fisheries and aquaculture, identifying hotspots of change and quantifying the scale of change that can be expected.

Short-, medium- and long-term developments in governance, social, technological and economic drivers may be just as important to fisheries and aquaculture and sectors as climate-driven changes in habitats and species. Given the backdrop of environmental changes projected in T1.1, Task 1.2 will make use of CERES stakeholder groups to create a suite of exploratory, future socio-political scenarios. In combination with outputs from task 1.1 this will generate a set of combinations of environmental and socio-economic projections for the fishery and aquaculture sectors. Stakeholders and CERES team members will discuss and agree on plausible changes in a diverse array of parameters needed for specific work in WP2 and WP3, bioeconomic work in WP4, ecological risk assessment (WP5) and adaptation strategies (WP6). Topics will include potential future fuel and fishing costs, assumed domestic and global demand for fisheries/aquaculture products, technological developments and changes in European policy and management. In addition, climate change impacts need to be framed with respect to activities in other sectors (notably renewable energy due to inland water diversion / marine spatial closures). Engagement of fishers and aquaculture business owners is particularly important in order to gain ‘on the ground’ information on social factors / constraints. A coherent and consistent set of assumptions and development trajectories will be established and used in subsequent WPs.
Task 1.2 will make extensive use of earlier scenario exercises for fishery and aquaculture sectors, for example the Fish to 2030 initiative (World Bank 2013), which offered a global view of fish supply and demand up to the year 2030. This study utilized a global economics model (IMPACT) to provide regional predictions of fish prices, fish production, per capita fish consumption, and the contribution of aquaculture. CERES will also use fish consumption, production (captures, aquaculture and commodities) and fish trade (exports and imports) estimates and projections for 28 countries in Europe from 1989 to 2030, assuming a range of socio-political scenarios. The EC-funded ‘FEUFAR’ project (2007-2008) constructed a series of scenario storylines with the aim to define the research required in the medium term (10 years) to enable sustainable exploitation and farming of aquatic resources in Europe. This project adopted a step-by-step analysis of the most important factors influencing the fisheries and aquaculture sectors, how these factors have evolved over the past 20 years and how they might develop in the future. Finally, CERES will also use the results of the EC EuroBASIN project (2008-2012), which provided specific parameter values for the management of marine fisheries resources, associated with three specific socio-economic scenarios for the 21st century.
CERES will use the above and other available literature to develop a suite of exploratory socio-political scenarios that can be employed in combination with the two climate scenarios from Task 1.1. A detailed literature review will be provided which will include elaboration of the basic architecture (4 scenarios) defined by a few common drivers (such as the extent of global trade, the relative importance of environmental legislation, developments in technology, etc.), that encompass the full range of future possibilities for fisheries and aquaculture in Europe. Once defined, this standardized scenario architecture (and nomenclature) will be communicated to all project partners and stakeholders through the production of an 8 page glossy ‘report card’ and web-portal, describing the ethos behind each storyline, the key assumptions and some of the likely consequences.
Climate projection modelling of fish, shellfish and their respective industry sectors is occurring world-wide. A joint Fish-MIP / CERES workshop in month 6 of CERES will ensure that scenarios are coordinated with those used elsewhere around the globe for regional and global modelling. This positions CERES on the global stage and adds considerable value in terms of the ability to perform comparative analyses.
Once this deliverable has been completed, CERES partners will use this material as the basis for discussions/engagement with the wider stakeholder community (including members of the RUG). A series of face-to-face interviews will be carried out, whereby stakeholders will be asked to map out how they conceive the future might look for their sector, farm or fishing fleet under each of the coherent storylines. They will be asked to consider possible barriers to successful adaptation, any exogenous factors that might influence development trajectories under particular scenarios, any issues that should be elaborated further in subsequent work-packages of the CERES project. The personal visions resulting from the stakeholder engagement and the underlying storylines originally envisaged will be combined and collated in the finalized standard socio-political scenarios that will be used in all subsequent work-packages of the CERES project. These scenarios will include sections explicitly focusing on the species groups (SGs – see Table 1) for fisheries as well as aquaculture. It will consider expectations with regard to seafood consumption, trade, commodities and production in Europe as well as the prevailing governance and economic landscape under each future world.