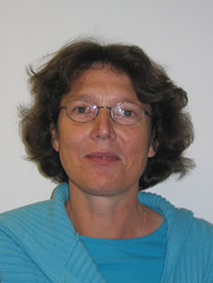 WP3 will project changes on aquaculture productivity due to the effects of climate change on both direct and indirect factors, and advance and apply early warning tools for the industry. 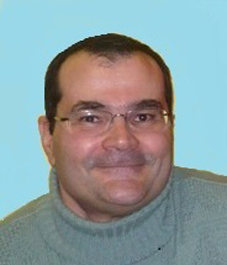 Task 3.1 will quantify direct effects of climate-driven changes in physical/abiotic factors on productivity via physiology, e.g. effect of increased average temperature, acidification and hypoxia on growth, or extreme temperatures on survival. Direct effects on hatchery/nursery production (maturation, early life stages) will be included. The focus is on how the selected species respond to climate-sensitive drivers: this may require additional processes be incorporated in the models (e.g. functional responses to changes in pH for shellfish models), or an adaptation of existing formulations (e.g. improved parameterization of responses to temperature fluctuations). The needs-analysis required to determine the relevant climate-driven changes in physical factors will be executed in close collaboration with WP1. Activities are:
(i) Colllate available data/knowledge on climate-driven environmental factors from previously published laboratory experiments conducted on selected aquaculture species in marine and inland waters. We will review publications and grey literature for quantitative data on how changes in climate-driven factors affect productivity via physiology. Special attention will be given to parameters that are needed for the models of T3.3.
(ii) Perform experiments to fill gaps in knowledge (e.g. better understand adaptive capacity, collect data on emerging species). Dedicated experiments will be carried out to determine parameter values or functional response curves for those conditions (e.g. extreme temperatures), that are not described adequately in the literature for the relevant fish and shellfish aquaculture species. CERES has experienced researchers who have/are generating considerable data from multi-stressor (temperature x pH x O2) experiments on fish and shellfish grown in aquaculture.
(iii) Provide improved process parameterization needed for projecting climate-driven changes in production potential (T3.3) and sensitivity analyses to quantify vulnerability (T5.2, T5.3) and for application in SI-2 (oyster, mussel, clam, salmon, seabass, seabream, meagre, halibut) and SI-3 (trout and carp). Data from literature and new experiments will be compiled in ready-to-use tables for T3.3 and/or WP5. 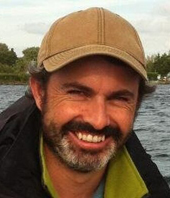 Climate change will alter risks associated with harmful algal blooms (HABs), harmful jellyfish blooms, the spread and virulence of pathogens as well as the strength of interactions with (non-indigenous) species. Three activities will be performed here to better understand these indirect threats. First, this task will collate available data/knowledge on the indirect effects of climate change on selected aquaculture species from peer review publications and grey literature. Second, CERES will promote the development and application of theoretical &statistical early warning techniques that enable aquaculture facilities to take preventive action (e.g. quarantining or employment of bubble curtains to protect net pens). Third, experiments will be conducted examining changes in the productivity, mortality, and disease resistance of key European aquaculture species (shellfish to finfish) to indirect factors (e.g. increase in Amoebic Gill Disease, salmon lice dispersal, toxic algae). All methods will supply information to WP5.

Task 3.3 draws on outputs from WP1 – Drivers and Scenarios, as input data for model runs, both with respect to initial conditions and time series for forcing functions. The models are adapted using data acquired in the previous tasks, either from prior research collated by CERES or from experimental work in Tasks 3.1 and 3.2. The models are applied only to the 8 key species taken through WP1->WP3->WP4->WP5 by means of the Sector Integrators. The activities within this task are explained in more detail below.
(i) Physiological modelling of key species: dynamic energy budget (DEB) or net energy balance (NEB) models exist for all the key species with the exception of carp and rainbow trout for which relevant individual models will be adapted using data from farms in Poland for calibration and validation. The suite of models to be used has largely been developed by members of the consortium (Klok et al. 2014) and validated in different European regions, and will be extended to explicitly respond to climate-sensitive drivers: this may require additional processes to be incorporated in the models, as defined in the needs analysis (see Task 3.1).
(ii) Scaling of individual models to populations: WP3 considers cultivated populations, i.e. corresponds to (a) farms at the local scale; and (b) collections of farms (farm areas) at the system scale. Whereas the first group uses models such as FARM to examine direct climate-driven responses, the second set deals with both direct and indirect effects, providing outputs that for instance combine increased susceptibility to disease with connectivity patterns, very important for future management and mitigation of climate change in broader aquaculture areas such as fjords or bays;
(iii) Models for mitigation and early warning of climate-driven risks to aquaculture; the modelling components use data products from Task 3.2, and include models for HAB, jellyfish, and disease: (a) Development of a risk model for harmful algae will be led by NUIG, using a coastal shellfish cultivation site for testing (Raine 2014); (b) An early warning model for jellyfish will be developed based on regional time series linked with meteorological forcing and other climate-driven factors; and (c) a screening model for changes in disease risks (for all key species) will be developed and calibrated based on scenarios defined in WP1 and response profiles established in Task 3.2. These models are aimed at decision- makers concerned with aquaculture management and licensing and will be inexpensive to populate and simple to use. They will help to mitigate indirect effects of CC by providing a risk score for an area which can be used both to evaluate new farm applications and provide an overall indicator of risk at fjord or bay scale―the latter is useful for key industry sectors such as insurance.
The take-up and delivery of early warning tools (deliverable 3.1) by industry to the market will be facilitated by strategic communication with industry. The early warning industry tools will be made available to the industry using a variety of avenues including i) posting web-based simulation tools and widely advertising these tools to the industry sectors. The European Fisheries Technology Platform (EFTP) and European Aquaculture Technology Platform (EaTip) as well as European roof organisations of national producer organisations are essential multipliers in this respect (on top, the partners have a directory of relevant fisheries and aquaculture industry bodies in various countries), ii) directly engaging our Reference User Group (RUG) which includes CERES industry partners (SMEs), and iii) holding demonstration workshops at regional and European-wide meetings / conferences (e.g. Meetings of the Association of National Organizations of Fishing Enterprises in the European Union A, Europêche, and National Producer Organisations, e.g. National Federation of Fishermen’s Organisations and SeaFish in the UK, ICES, European Aquaculture Society, EaTip, EFTP, EMPA, etc.).
The activities in this task provide key inputs for WP4 – Economic Analyses, and WP5 – Vulnerability and Opportunities, particularly model outputs for production and resulting environmental effects for all the key cultivated species. These results will be delivered in appropriate digital formats (e.g. time series or map layers) as defined by WP4 and WP5 as part of the CERES internal data distribution policy.